How the Weedkiller Glyphosate Is Destroying Our Health and the Environment

The Silent Spring of our time

From an MIT scientist, mounting evidence that the active ingredient in the world’s most commonly used weedkiller is responsible for debilitating chronic diseases, including autism, liver disease, and more

Glyphosate is the active ingredient in Roundup, the most commonly used weedkiller in the world. Nearly 300 million pounds of glyphosate-based herbicide are sprayed on farms—and food—every year.

Agrichemical companies claim that glyphosate is safe for humans, animals, and the environment. But emerging scientific research on glyphosate’s deadly disruption of the gut microbiome, its crippling effect on protein synthesis, and its impact on the body’s ability to use and transport sulfur—not to mention several landmark legal cases— tells a very different story.

As Rachel Carson did with DDT in the 1960’s, Stephanie Seneff sounds the alarm on glyphosate, giving you essential information to protect your health, your family’s health, and the planet on which we all depend. 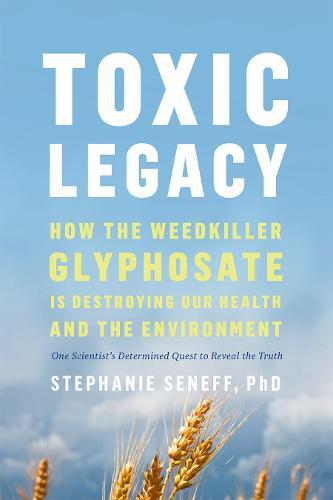 Where to Buy Toxic Legacy

Stephanie Seneff is a senior research scientist at MIT’s Computer Science and Artificial Intelligence Laboratory. Since 2010, Dr. Seneff has shifted her research focus toward the effects of drugs, toxic chemicals, and diet on human health and disease, and she has written and spoken extensively, articulating her view on these subjects.